Hoang Mai I Industrial Park was approved by Prime Minister orienting Nam Thanh-Bac Nghe construction planning; moreover, it is one of the Priority Industrial Zone in Vietnam. This area is expected to attract domestic and foreign investors and create an area for manufacturing industrial production facilities, handicraft industry ...
View more
Home » News » Nearly-900-billion-VND project in Hoang Mai has a new investor

In the meeting on February 28th morning, the Standing Committee of the Nghe An Provincial Party Committee argued to change the owner of the infrastructure construction project of Hoang Mai 1 Industrial Park. 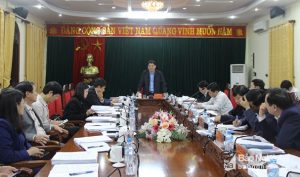 At the meeting, the provincial Standing Committee approved of Hoang Thinh Dat Corporation continuing investing and perfecting the investment projects’ system in Hoang Mai I Industrial Park on the basis of being handed over from the old investor.

Accordingly, this project has a total investment of 860 billion, with a scale of 264.77 hectares in Quynh Loc commune, Quynh Thien ward and Hoang Mai town. 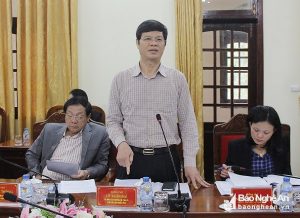 The issue raised by the Standing Committee of the provincial Party Committee is that the transfer between the old investor and the new investor must be strictly observed in accordance with the law.

The Standing Committee of the provincial Party Committee also requested that the new investor, after being improved for investment should invest immediately, complete the project soon and put it into operation, create an important basis for the attracting investment process in Hoang Mai town in particular and the province in general. 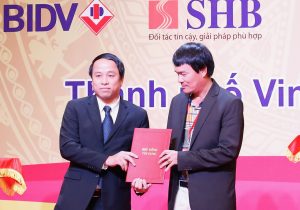 On March 10th morning, in Vinh City, Nghe An People’s Committee and Bank for Investment and Development of Vietnam (BIDV) held the 10th meeting with investors in Spring 2018. Attending and presiding over the meeting, there was Mr. Nguyen Xuan Phuc – the Member of the … END_OF_DOCUMENT_TOKEN_TO_BE_REPLACED 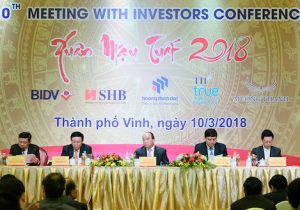 At the meeting with investors in Nghe An, Prime Minister Nguyen Xuan Phuc reminded that economic development cannot badly affect the environment… On March 10th morning, in Vinh City, Nghe An Provincial People’s Committee held the 10th meeting with investors with the participation of more than … END_OF_DOCUMENT_TOKEN_TO_BE_REPLACED 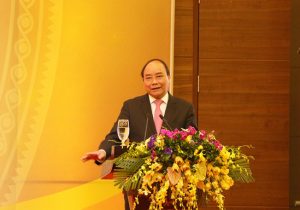 This morning (March 10th), in Vinh City, Nghe An People’s Committee along with Bank for Investment and Development of Vietnam (BIDV) held the 10th meeting with investors in 2018. The Prime Minister Nguyen Xuan Phuc presided over this meeting. Attending the meeting, there were representatives of … END_OF_DOCUMENT_TOKEN_TO_BE_REPLACED